Chronic Obstructive Pulmonary Disease (COPD) is a life-threatening lung disease that progresses in severity over time and is characterized by breathlessness and a chronic cough. The World Health Organization estimates that COPD accounted for over 3 million deaths globally in 2015; this equates to five percent of total global deaths that year. The primary known cause of COPD is exposure to tobacco smoke, but there are several other risk factors that can increase someone's risk. [1]

Continue reading for a thorough overview of COPD risk factors.

Smoking is the leading risk factor for the onset of COPD. Smoking causes damage to the airways and small air sacs of the lungs. Damaged lungs from smoking can cause COPD, including emphysema and chronic bronchitis. The Centers for Disease Control and Prevention state that smokers are 12 to 13 times more likely to die from COPD than non-smokers. [2]

If you haven't already quit smoking, it is vital to your health that you take steps to stop smoking. Your doctor is a useful resource to speak with about smoking cessation options and strategies.

Asthma is a condition affecting the airways of the lungs (bronchial tubes). In someone with asthma, the bronchial tubes become very sensitive to allergens and irritants that are inhaled into the lungs. Irritants and allergens are known as triggers, and exposure to triggers can cause an asthma attack.

There are approximately 600 ingredients in cigarettes such as acetone (found in nail polish remover), arsenic (used in rat poison), butane (used in lighter fluid), cadmium (active component in battery acid), formaldehyde (embalming fluid), and carbon monoxide (released in car exhaust fumes), to name a few. A cigarette creates more than 7,000 chemicals when being burned, many of which are toxic. The American Lung Association has a complete list of chemicals found in tobacco smoke. [5]

After reading the list of toxic chemicals found in a cigarette, it is not surprising that smoking is a trigger for asthma attacks. As smoking further irritates the lungs in someone who has asthma, this irritation over long periods can lead to a COPD diagnosis. [6] 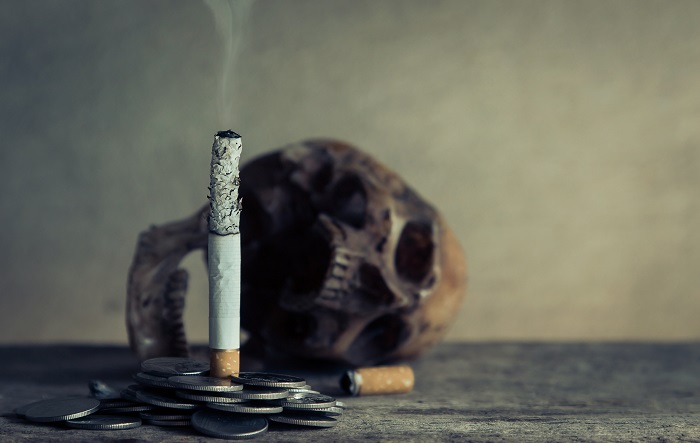 Unfortunately, even if you choose not to smoke but have been diagnosed with asthma, you still pose health risks. If you have asthma and are a non-smoker, research suggests you may be up to 12 times more likely to develop COPD than those who don’t have asthma. [7] Therefore, whether you are a smoker or non-smoker, it is important to manage your asthma to ensure less damage and inflammation occurs in the lungs over time.

COPD is strongly linked with both indoor and outdoor air pollution. Breathing in air pollution can increase one's risk for getting COPD or can exacerbate already existing COPD symptoms, making the condition worse. Air pollution causes damage to the lungs in one of two ways: inhaling small amounts of irritants over a long period; or, over a short period, inhaling a large amount of irritants. [8]

There are two types of air pollution: indoor and outdoor.

Radon is a naturally occurring radioactive gas. Radon from soil and rocks surrounding a building can seep into poorly ventilated indoor spaces. As radon builds up, indoor air can have high levels of radon (more than 200 bcq/m3). [10] If you are curious or concerned about potential high radon levels in your home, the US Environmental Protection Agency has a printable map of radon zones for each state.

In low-income countries, indoor air pollution causes a high amount of COPD risk. The World Health Organization estimates that nearly 3 billion people worldwide use biomass fuels for cooking, heating, and other household needs. Indoor air pollution in developing countries is largely due to poorly ventilated stoves that burn biomass fuels such as coal, wood, crop waste, and dung. This type of pollution is responsible for approximately 1.6 million deaths each year; half of these deaths occur in children under five years of age.  The high prevalence of COPD in non-smoking women in the Middle East, Asia, and Africa, is a result of the biomass fuels these women use for cooking. [11]

Outdoor pollution constitutes irritants in the air outside of the home. It is estimated that over 133 million Americans — more than four in ten (41.4 percent) — live in counties with harmful levels of ozone and particle pollution, placing them at risk for premature death, cardiovascular damage, reproductive harm, and lung diseases. [12] The two kinds of pollutants that are most commonly found to be too high are ozone and airborne particulate matter.

High airborne levels of particulate matter of fewer than 2.5 micrometers (PM2.5) — particles even smaller than their counterparts that are 10 micrometers or less (PM10) — are of concern due to their extremely small size. Because PM2.5 particles are so small and lightweight, they tend to stay in the air longer and can exacerbate COPD symptoms. 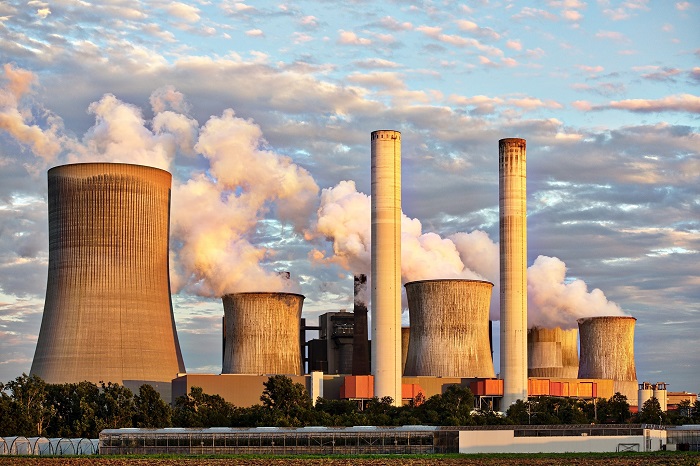 Particulate matter can come from various sources such as:

As listed by the American Lung Association, the top 11 US cities that are the most polluted year-around by particle pollution include:

The US cities with the cleanest air include:

The US Environmental Protection Agency has an outdoor air quality virtual map providing up-to-date data collected from outdoor monitors across the US. This map includes information about outdoor pollutants such as carbon monoxide (CO), lead, nitrogen dioxide (NO2), ozone, particulate matter (PM10), sulphur dioxide (SO2), among a few other indicators.

Long-term exposure to occupational chemicals, fumes, vapors, and dusts can irritate and damage the lungs. Research studies demonstrate a 22 percent increased risk of COPD among people exposed to airborne pollutants in their workplace or as a result of their occupation. Exposure to dust (particularly biological dust) had the highest estimates for COPD [14] 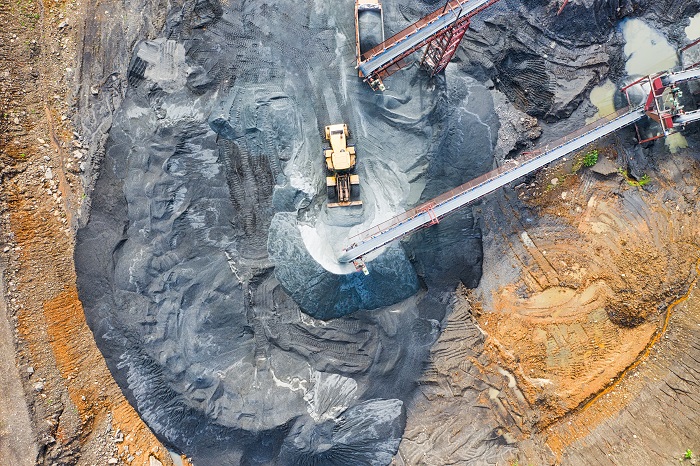 In early and middle childhood years, the lungs are still growing. An expert from the Center for Epidemiology and Biostatistics (Australia) states that "childhood respiratory infections have been known to predispose to airflow obstruction and reduced peak lung function, and therefore have the potential to contribute to the severity of COPD later in life." Early childhood viral infections, such as respiratory syncytial virus, have been linked to asthma in older children. Early-childhood measles infection also increases the risk of a COPD diagnosis by middle age. Furthermore, children with pneumonia are at an increased risk for future COPD. [15]

A person's age, sex, and BMI all influence COPD risk.

In terms of age, COPD prevalence is higher in subjects older than 40 years of age compared to those younger than 40 years of age. All studies conducted in northern Europe found that the incidence of COPD increased with age. [16] Since COPD progresses over time and often takes many years to develop, it makes sense that incidence also increases with age. As age increases, exposure to smoking, secondhand smoke, air pollutants, and recurrent infections can cause damage to the lungs over many years. But, it is essential to note that aging in and of itself does not cause COPD.

Sex has indications towards COPD risk as well. One study explored age-associated gender differences across a range of COPD severities. It turns out that women show more pronounced and severe symptoms of COPD than men across their life span. Younger women with COPD demonstrated more severe dyspnea (shortness of breath), airflow limitation, and great exacerbations of the condition; older women demonstrated much of the same increased severity of symptoms compared to older men, despite lower overall years of smoking. Some evidence suggests females may be at a higher risk than males due to different airway structure and hormonal differences [17]

Lastly, several studies show an association between COPD and low body mass index (BMI). BMI is a calculation of a person's weight with respect to their height and often correlates with total body fat. One study shows that subjects with a BMI of less than 18.5kg/m2 had three times the risk of developing COPD compared to subjects with a normal weight. [16] 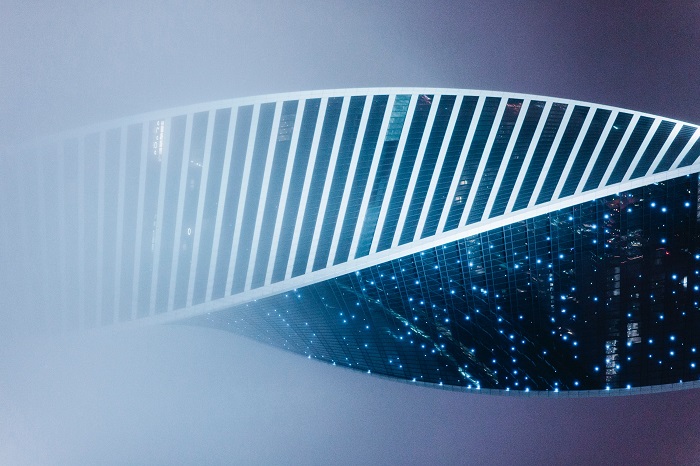 Alpha-1 antitrypsin deficiency (AATD) is a genetic disorder that results in the lack of alpha 1 protein, which is produced by the liver. Alpha 1 is a protein necessary for protecting the lungs, and without it other irritants, such as cigarette smoke or airborne pollutants, damage the lungs faster than usual. AATD is a genetic disease, which means it is passed down to you from your parents. A person will only get this condition if both parents have abnormal AATD genes. AATD can cause early-onset COPD. AATD is likely the reason for a COPD diagnosis in persons under 45 years of age who have never smoked and have no long-term exposure to air pollutants.

It is estimated that around 100,000 Americans have AATD, but fewer than 10 percent of people have been diagnosed. There is a long delay between initial symptoms of COPD and the first detection of alpha 1 deficiency, which may explain the low number of diagnoses despite its high prevalence. [18]

Knowing the risk factors for COPD can help to minimize risk or provide relief from symptoms associated with the condition. Smoking, secondhand smoke, asthma, air pollution, sex, age, body weight, health history, and genetics all play a role in your chances of being diagnosed with COPD.

Some aspects of health are out of your control, such as alpha 1 deficiency and a genetic predisposition for COPD. The good news is that there are lifestyle choices within your control that have a significant impact on health status and disease risk later in life.  Smoking is one of the foremost leading factors associated with COPD. If you currently smoke, or have exposure to secondhand smoke, speak with your doctor about resources to help you quit or minimize smoke exposure.